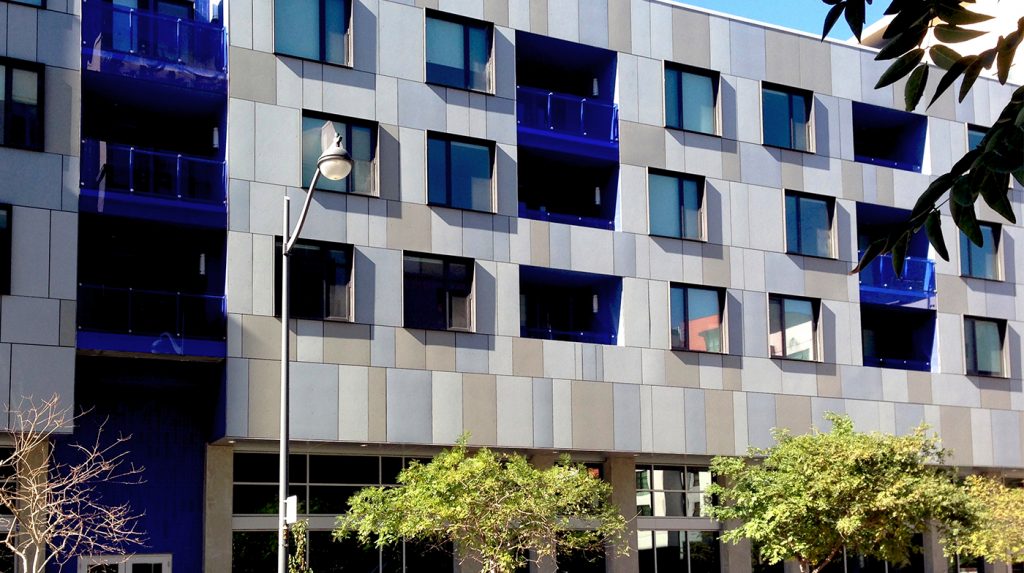 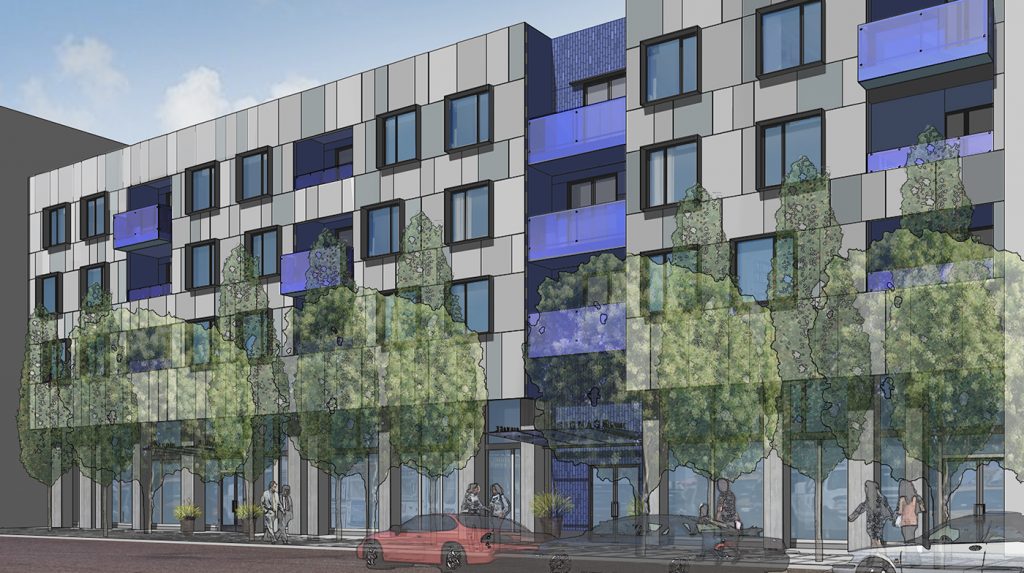 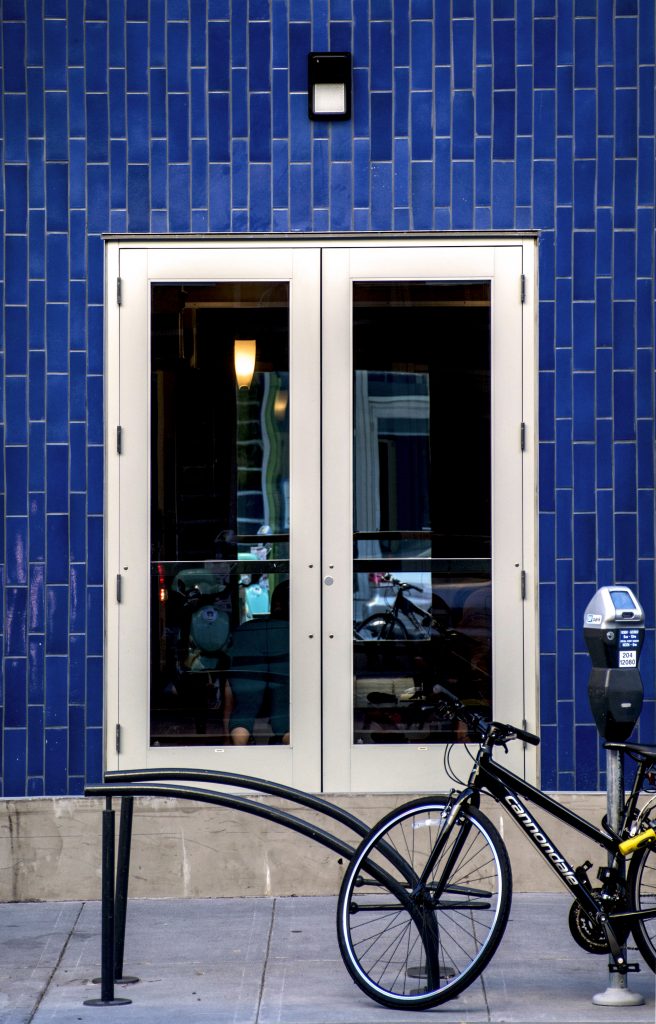 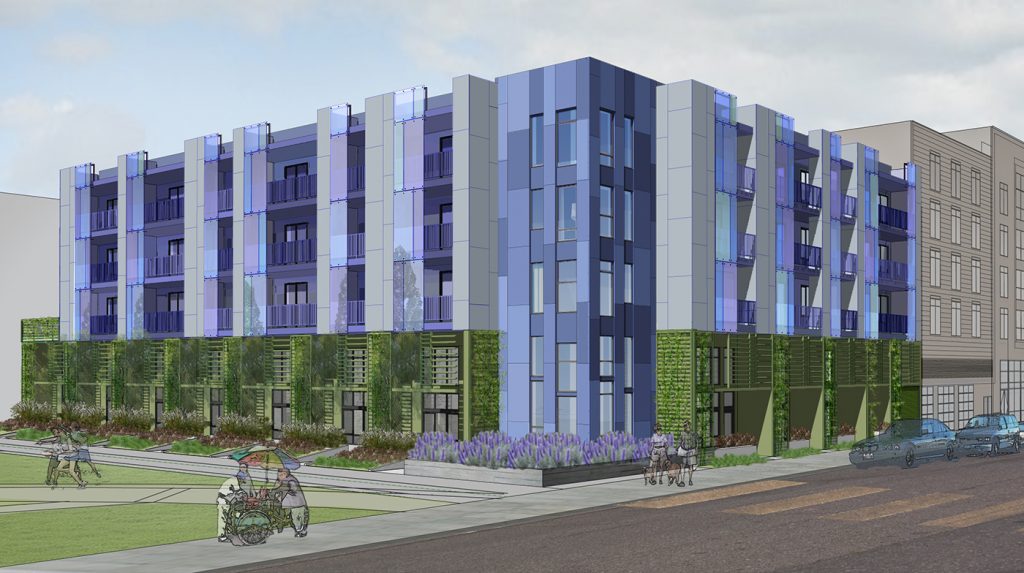 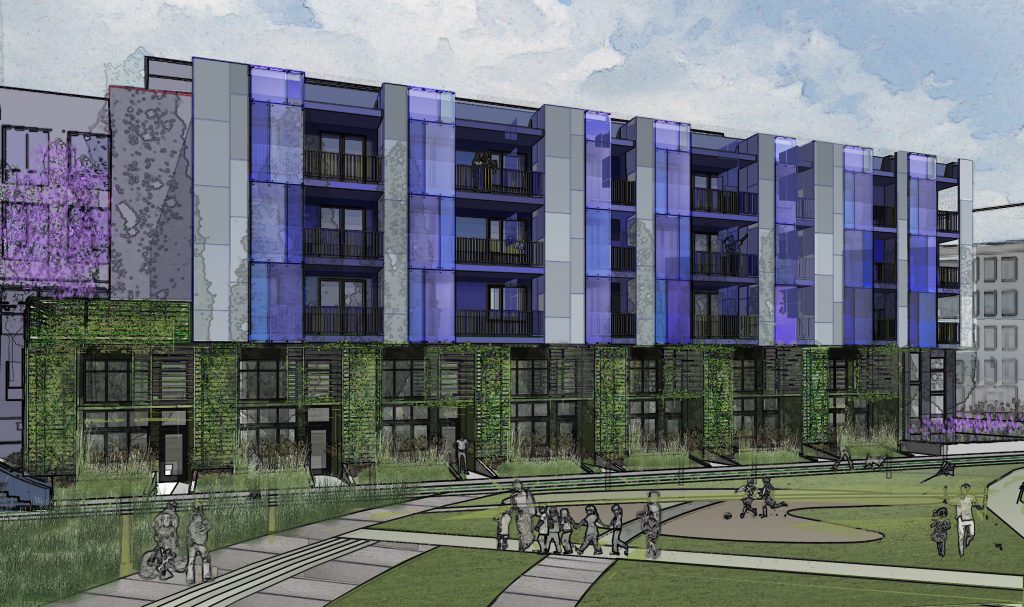 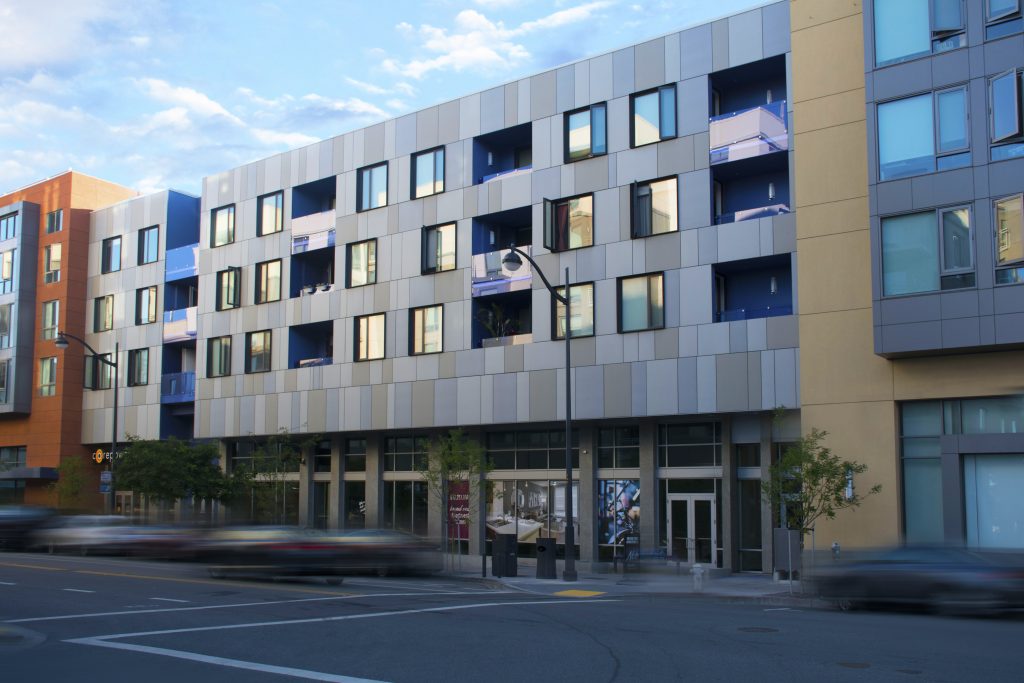 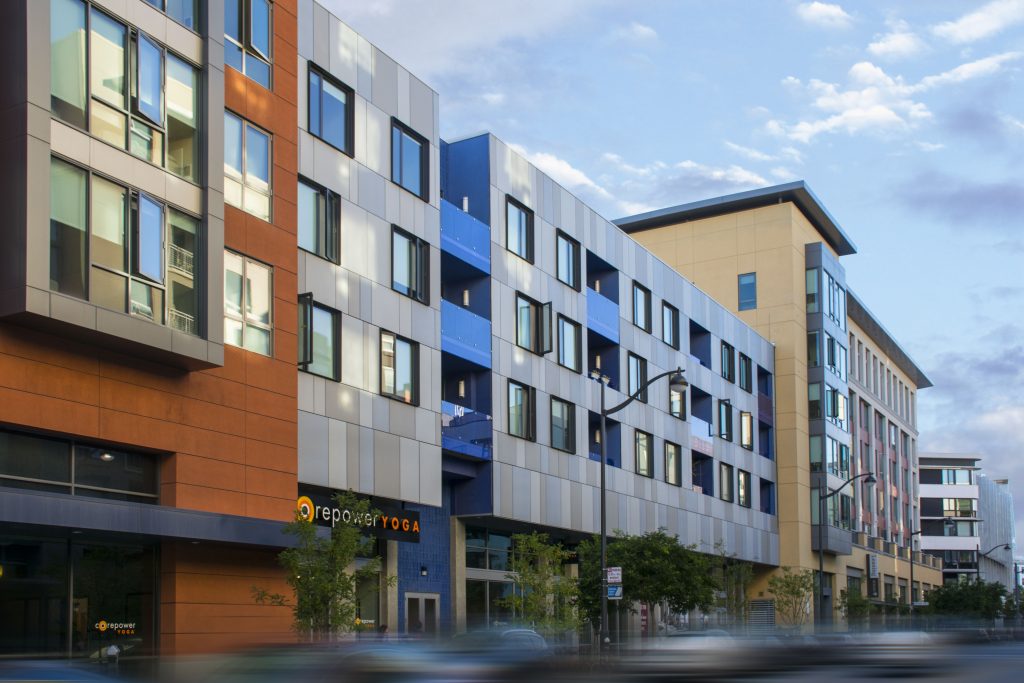 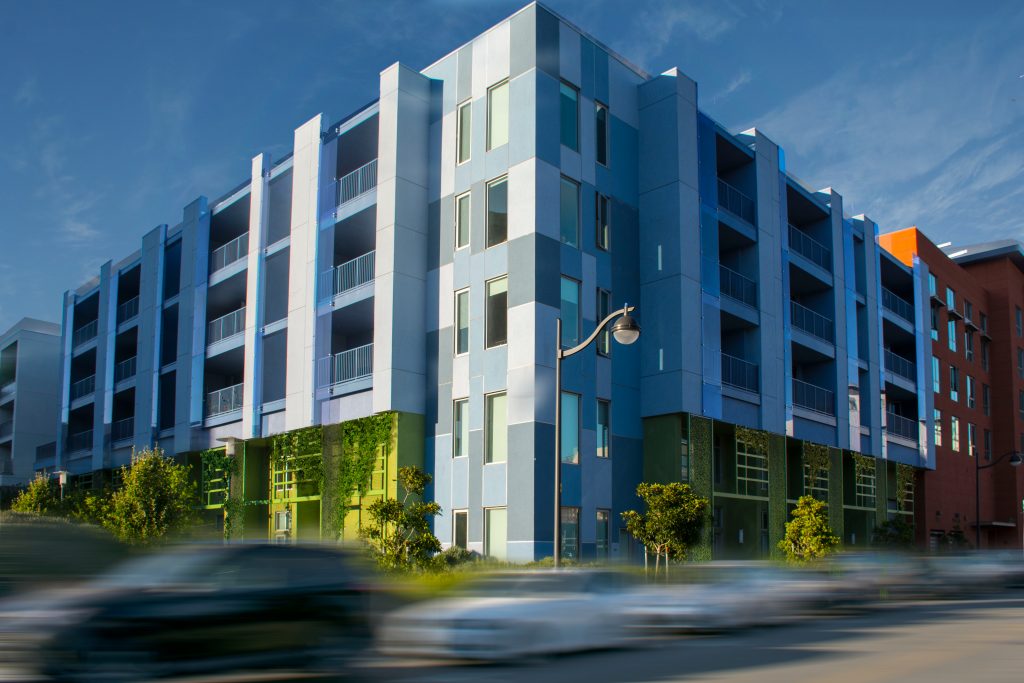 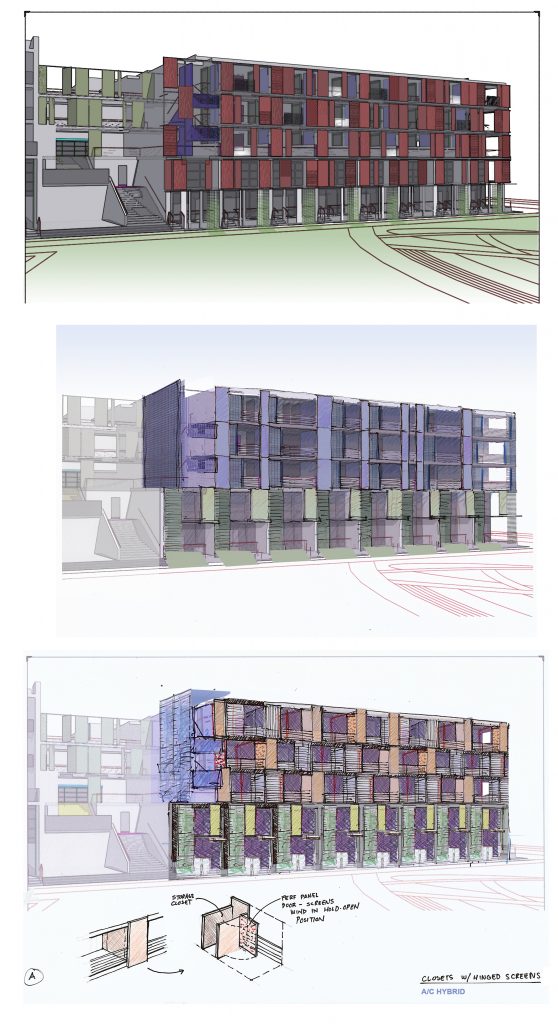 Through several workshops with the Office of Community Investment and Infrastructure (OCII) and the Mission Bay Community Advisory Committee (CAC), the project team decided to divide Block 5 into five distinct “buildings”, each with its own vernacular and nickname, in order to break down the scale and create more appealing architectural variety. Ignition Architecture designed two of these buildings, including “The Blue Slice” and “The Bar Code”.

Facing 4th Street, “The Blue Slice” consists of a plane of rain-screen panels that create a subtle pattern reminiscent of a stone wall. Vertical bands of blue-glazed balconies and tiled recesses slice up this plane and draw the eye from the ground-level retail space up to the sky. “The Barcode” at China Basin Street and facing the Children’s Park is characterized by a pale vertical cement plaster “barcode” elements juxtaposed against a pattern of blue and violet glass panels that allow views from the upper floors to the park while shielding residents from strong westerly winds. At the ground floor the barcode pattern becomes a lush green screen that appears to emerge from landscaped berms that create privacy for the residents while tying the architecture to the landscape of the park beyond.

Ignition Architecture designed significant portions of this mixed-use project, including exterior detailing and material selection for Ignition’s portion of the project. Ignition further prepared and presented the entitlements packages to OCII and CAC for both Blocks 5 and 11, provided peer review on Block 11 and collaborated on the overall design.

Ignition Architecture was an Associate Design Architect and MVE + Partners was the Prime Architect for this project.