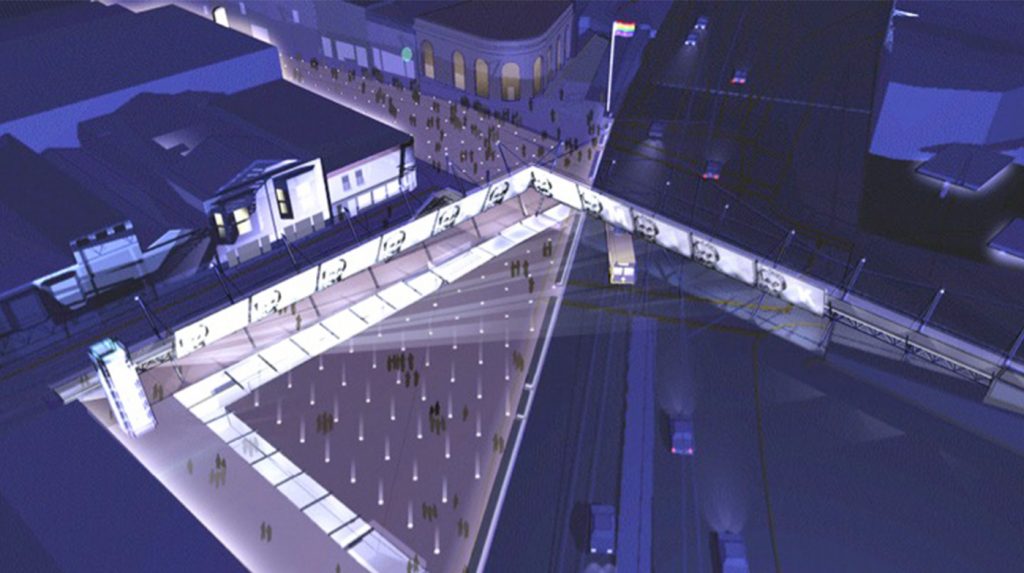 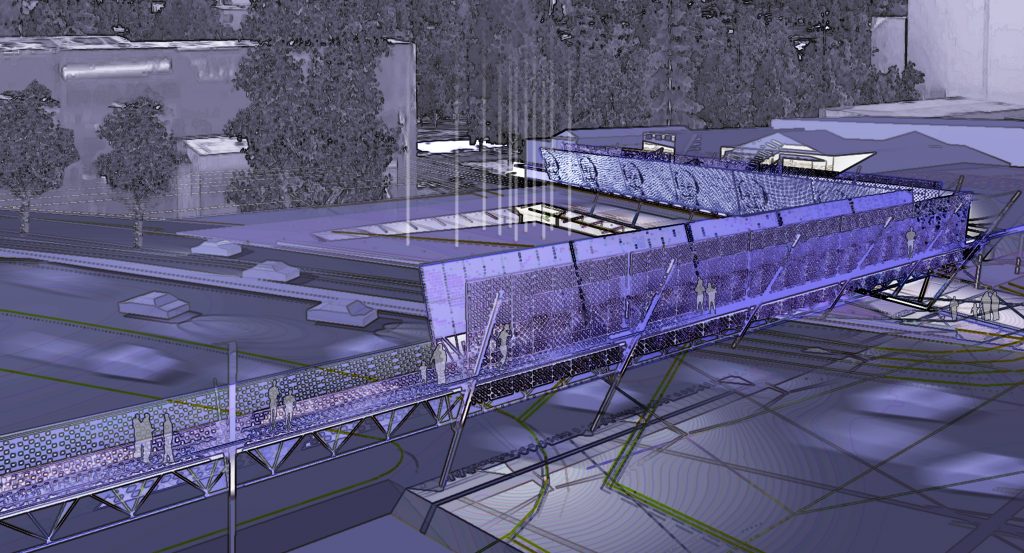 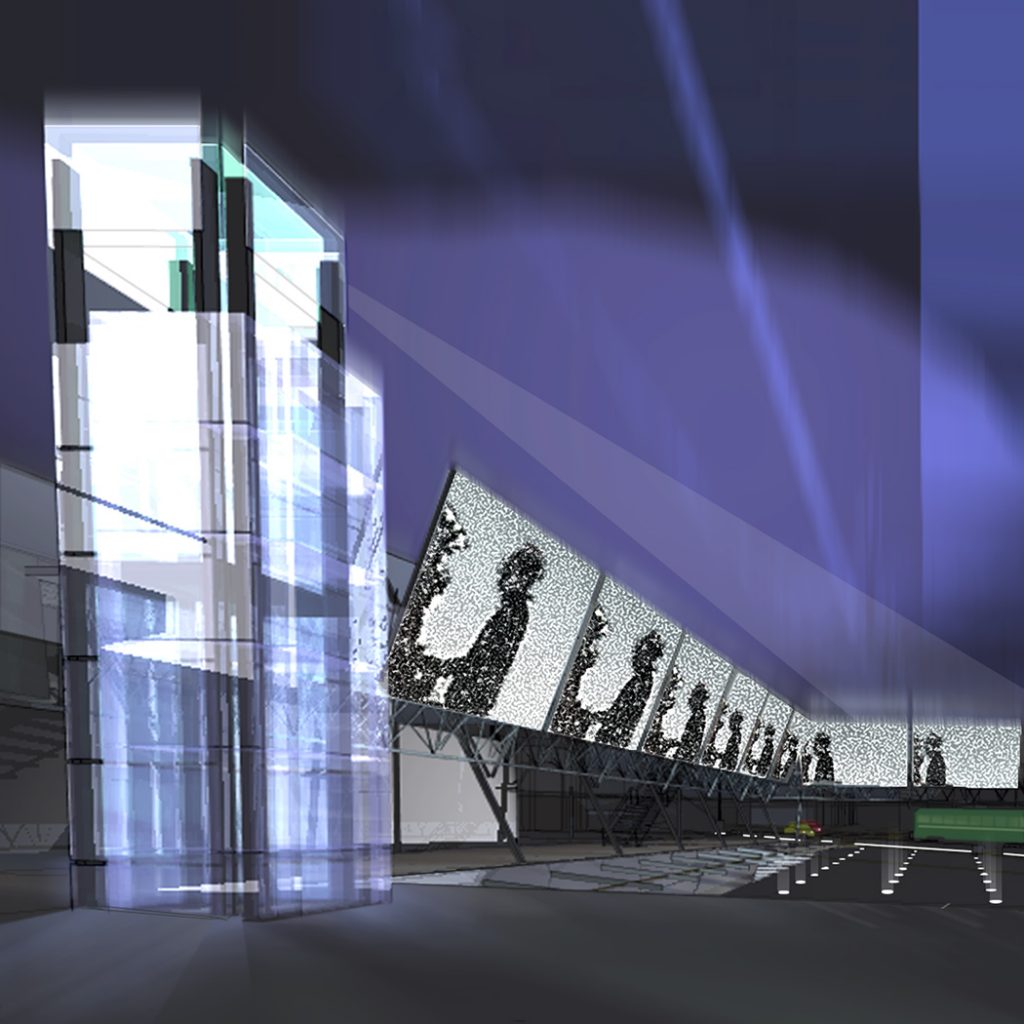 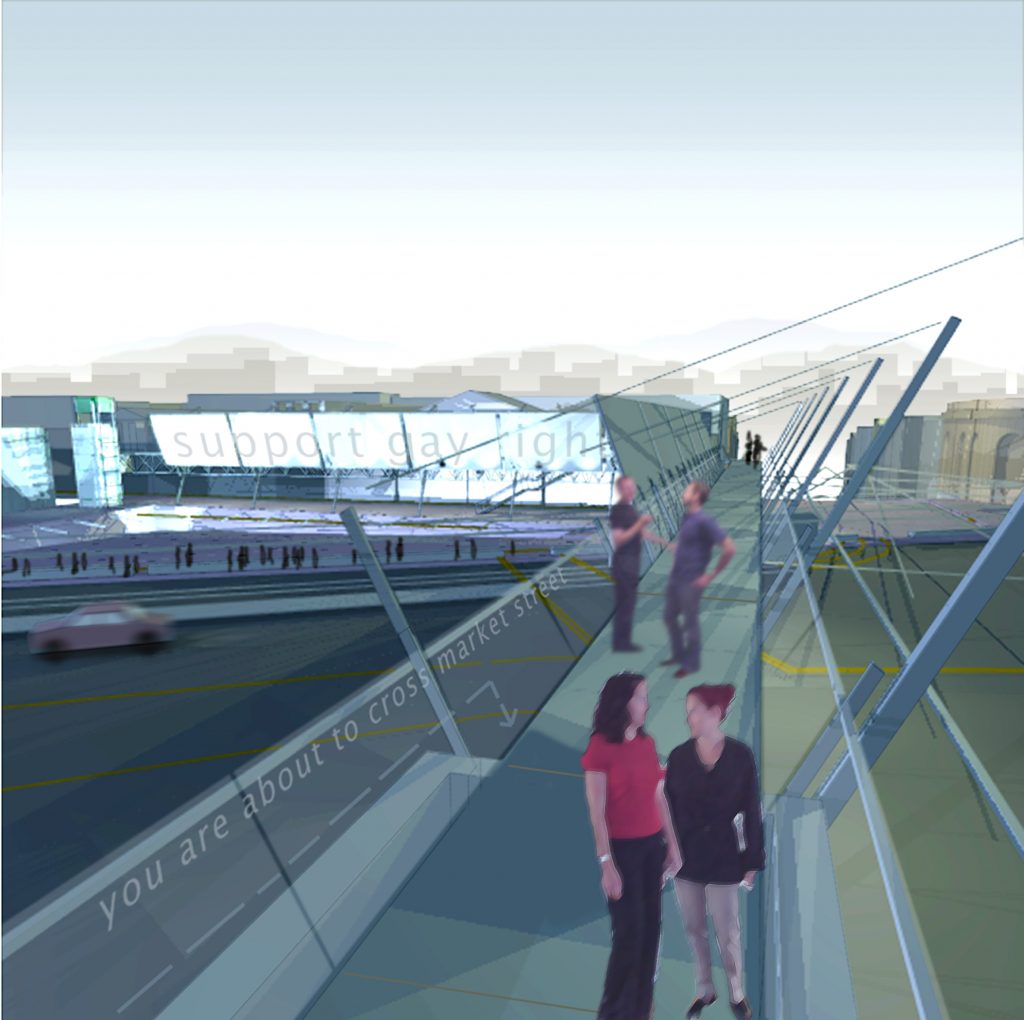 Ignition’s award-winning entry for the 2000 San Francisco Prize was a memorial to Harvey Milk, the slain politician and activist. Situated in The Castro at the end of Market Street in downtown San Francisco, the proposed triangular plaza was designed as a natural terminus for the traditional route for parades and protests — the very kind of civic action that was encouraged by Harvey Milk.

A large pedestrian bridge serves multiple purposes. First, the ramping plane provides a much-needed walkway over the busy vehicular intersection. Next, the sharp angle of the structure also helps define the plaza on two edges. Finally, the vertical face of the bridge is mounted with custom electro-mechanical panels that provide a three-dimensional undulating, digital display. Acting as an electronic billboard, this display accommodates the space for posting images, slogans, messages and joyful, illustrative artwork.

This project was a collaboration between Ignition Architecture and ellipsis a+d.